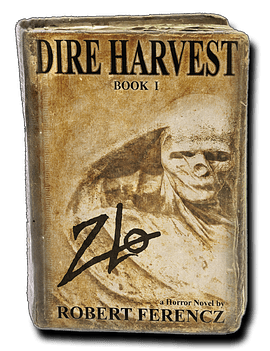 Evil spirits? Shadow figures? Ghosts? The Devil? These things could not possibly exist in the physical world. In a rational thinking mind (one fully grounded in logic and common sense) there is no room for such unconventional philosophy. That’s how it had always been for the Chief of Police in Cumberland Springs, Pennsylvania, Glen Crawford. His life was simple. Nothing paranormal or supernatural has ever happened to him or his sleepy little town for that matter. That is, until the night an emaciated body is discovered inside of a backyard garden shed, just outside of town. The assumption by Glen and the other first responders on the scene is that the man is clearly dead. To their astonishment, what they soon discover will change their lives forever.

Lauren Rivers is an ICU nurse working the midnight shift at Cumberland Springs Memorial Hospital. She learns that an unidentified man was brought in earlier this evening and is now on the ward in room 337. Immediately upon her first interaction with the man (who is unresponsive and looks as though he’s been dead for at least six months) she experiences a presence surrounding him, something vile and hateful, a force full of disdain and loathing, desperately striving to bring about nothing less than misery and pain upon the world.